What the World Needs Now is More Boy Bands

Posted on September 5, 2011 by Barbara McDowell

Watching a replay of Bobby Brown’s VH1 “Behind the Music” episode, the footage suddenly flashed back to a shot of him smiling and riding a moped with a group of local friends.  The friends?  His fellow members of New Edition circa 1982.  Yes, before the marriage to former pop diva sweetheart Whitney Houston, Bobby was in a boy band.  He played the bad boy of the group, a role he then took a bit too far to heart. This got me thinking about the current music landscape where we have a resident female superstar (Lady Gaga), a pop prince (Justin Bieber) and a slew of interchangeable hip-hop acts.  But where are the male harmonies, the trendy matching outfits or the slick dance routines?  We are in need of another boy band revolution.

Back to Bobby and the bad boy role.  You mean there are boy band rules?

Great question and yes there are.  The genre of music is top 40 pop or R&B.  Marketing success requires sticking to the standard formula.  This starts with giving us a cute lead singer with an “It Factor” to carry the vocals.

The group then will include a resident bad boy (hello Bobby), nice boy (Howie Dorough of The Backstreet Boys) and baby (Joey McIntyre from New Kids on the Block).  Depending on member count, you could also end up with a weird character one (see Chris Kirkpatrick from ‘N Sync when he wore colored ribbons in his hair). 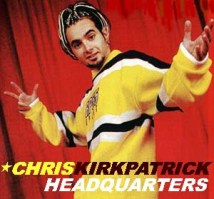 So you think this boy band longing I have is just for a return of the ‘90s?

Hey no taunting.  Actually no, because the evolution of boy bands can be traced back the styling of old school barbershop quartets and doo-wop groups.  Succeeding on the vocal talent of the members singing a capella or against a backing band, these groups were styled to appeal to the masses of teenage girls who would be loyal fans until at least 18, and to appear smooth enough for the teenage boys to wish they could be them.  Think Frankie Lymon and the Teenagers for the ‘50s, The Monkees for the ‘60s and The Osmonds and Jackson 5 for the ‘70s.  Here’s a rough list of boy bands from A to Z to give you a reminder of the field over the last 20 years.

Are you with me?  Are you ready to bring the boys back?

So fess up, who were your favorite boy bands?

If they were performing now, would you go see them?

Do you have any great stories from seeing a boy band fave in concert?