We are here on Wild Child Wednesday where the only rule is…ah scrap that.  No rules, just a freedom ride of open topics

Before getting back to my novel word count last night, I felt the urge to make a “guilty pleasure” playlist for my iPod.  It stretched beyond the three artists I was ashamed to admit I liked.  As I moved and shuffled files about, I considered what was spurring the “what would people think if they saw this list” vibes.  Was it the songs themselves or—on a higher level—the artists behind them?  What consists of a guilty pleasure?

Guilty pleasure:  Something pleasurable that induces a usually minor feeling of guilt.  Merriam-Webster

The other day, I was cruising along to Chipotle and Vanilla Ice’s “Ice Ice Baby” came on.  Though a heightened cheese fest, I couldn’t help but smile and start bobbing my head.  Then I looked around and wondered if the people in the cars near me would know what song I was grooving to.  I mean, had they also flipped through stations and come across the song, but then switched because a) it was a waste of time and b) they were matured beyond having a kid inside that still likes a good party?  What?  You never have these thoughts???

I suppose the Iceman is a minimal guilty pleasure for me.  In the hip-hop community, most lost respect for him when it was revealed that his real upbringing was nothing close to the street life image he’d portrayed.  Since then, he’s wandered through multiple career “reinvention,” and I feel a bit sorry for him (as I did for Milli Vanilli) for the puppet element caricature he was forced to be.

Speaking of Milli Vanilli, I’ve got some of that to add to the queue as well as Hanson’s “MMMBop,” some MC Hammer and a slew of other catchy delights (or horrors depending on how you spin it).  Any other fun that I should dig up and include?

The next level of guilty pleasures for me would be the artists with criminal enterprises or drug habits.  For them, I wonder if my support is furthering their worlds or I feel like I’m sitting back and enjoying their work while they are spiraling down.  Amy Winehouse and El DeBarge are first to come to mind for this one.  Yes, I sang along to “Rehab” and loved the spunk of her defiant voice, but really listening to the lyrics, seeing the exploits in her life and now having her death makes me wonder if her fans failed her in some way. 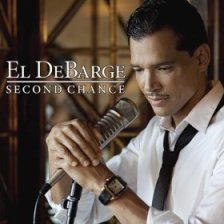 Ditto for El, who has a documented over 25 year battle with cocaine and crack.  I was first in line for his 2010 “Second Chance” album comeback.  I hoped his story of being clean was true.  Sadly, he relapsed soon after in early 2011 and there is no real certainty on his condition now.  While we love his voice and writing talents, are we as fans being unrealistic to expect a struggling, newly recovered addict to be able to handle the pressures and temptations that come along with being back in the spotlight of the music industry?

Higher up guilty pleasures would be artists that have spoken of and/or acted out violence towards women.  These are folks that my former 18-year-old feminist self would have spent hours debating about supporting.  Eminem, Snoop Dogg, Chris Brown, aforementioned El and Jay-Z (and countless other hip-hop artists) fall into this bucket.  I mean, Em envisioned one woman stuffed in a car trunk and going over a bridge to drown.  Another he threatened to tie to a bed with the house set on fire.  He’s wished death upon his ex-wife.  Yet we praise his story lines and powerful delivery.  *head in hands*

We’ve heard many a star—when sulking away from a scandal—cry out that they are an “artist” and not a “role model.”  Is that enough?  Can we excuse ourselves (and them) from the negative?  Such as Michael Jackson post the first molestation settlement.  Whitney Houston after the initial drug use innuendo.  Both were artists still revered in many circles for their old and new works.

I think of Rihanna being dinged in the media for the depiction of vigilantism in her “Man Down” video and by fans for bonding again with Chris Brown via Twitter, at her birthday party and now two recent musical collaborations.  And Chris himself, who is still rebounding from his assault on her three years ago, and was the brunt of several angry tirades for being allowed to perform again at the Grammy’s.

So this brings me to the following questions for you to weigh in:

With artists, do you separate their personal acts from their art?

Are performers by default–and like it or not–role-models for the fans that support them?

Who do you feel guilty for still liking?  Oh, you can tell me.

16 Responses to Embracing Our Guilty Pleasures