Rants from an Idol Addict: Performance Versus Vocals

Posted on February 22, 2013 by Barbara McDowell 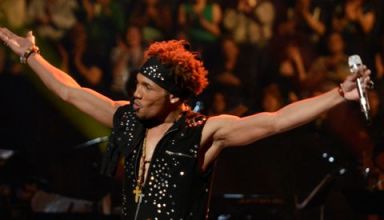 It’s the boys turn for sudden death.  We are back in the Beatles’ Love theater in Las Vegas with a crowd of super fans ready to cheer for breakout performances and boo honest judging.

From how they introduce the guys, it looks like Curtis Finch, Jr. is going last in the “pimp spot.”  He’s the one who showed us attitude and fake drama during Hollywood week.  I’m not looking forward to the bottom of our two hours.

Wow.  The guys are all over the place with less highlights than the girls.  I’m grabbing some wild guesses, but would put through Devin, Paul, Jimmy, Chris and Charlie (for the quirk more than the voice).  I think the judges will pick Curtis to go through over one of them (like Jimmy).

Woot for Devin!  I’m not understanding Elijah.  He was the worst of the night for me and better vocalists Chris or Johnny could have filled that spot if they were looking for someone with performance quality.  Jimmy has the better voice of all three, but lacks an “It” spark.  Going along with the girl winner conspiracy theories, I wonder if Chris and Johnny were skipped because they are hot.  It is known that there is a power bloc of young girls who will vote for the cute guy so why give them the option.

2 Responses to Rants from an Idol Addict: Performance Versus Vocals